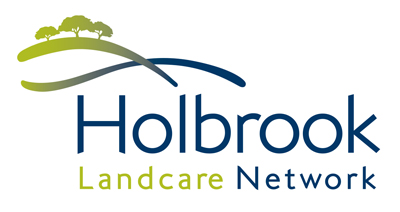 Soil acidity affects more than 50% of intensively used agricultural land in NSW and approximately 23% in Victoria, and is especially prevalent in the higher rainfall areas in our region. If we do not address acid soils now, further acidification will threaten future agricultural production.

Recent research on soils in the NSW Southern Slopes suggests that in most cases, current rates of lime application are not addressing the current soil acidification rate. An effective liming program should aim to increase soil pH (CaCl2) to a target of 5.5 in the top 10 cm, not 5.0 as has been the current practice. This will provide sufficient lime to raise pH in the surface soil and allow for excess lime to leach into deeper subsurface layers and slowly increase pH at depth.

Lime that is top-dressed moves very slowly into the subsurface layers, depending on soil type, rainfall and lime application rate. It is known that effective incorporation of the lime after spreading ‘speeds up’ the reaction of lime with the soil, to the depth of cultivation.

HLN in conjunction with NSW DPI have set up two new trial sites that will be looking at these questions – different liming rates, top-dressing lime vs incorporating and the effects on crop and pasture growth. Another issue being looked at is pH stratification – acidic layers in the soil that may be impacting crop and pasture growth but are not being detected by traditional soil tests that bulks samples into 10 cm intervals. A background on each of the projects is provided below.

The ‘Future Soils’ project is funded by the Australian Government’s National Landcare Program to improve on-farm management of acid soils. The project is managed by FarmLink and is a collaboration between NSW DPI, the Australian National University, FarmLink, Holbrook Landcare Network, Central West Farming Systems, K-Line Ag and Westlime.
HLN is hosting one of the five trial sites for the 3-year project, a replicated farm-scale site at Burrumbuttock. The trial consists of 7 treatments investigating 4 different liming rates of 0.5 t/ha, 1 t/ha, 2.5 t/ha and the ‘one-in-a-generation’ 6 t/ha, as well as the effect of lime incorporation compared to surface applied. A total of 28 plots (7 treatments replicated 4 times), 70 m × 9 m in size, were marked out in early 2020 and NSW DPI used their direct drop spreader to apply the lime on the plots. Canola was sown at the site in mid-April 2020. 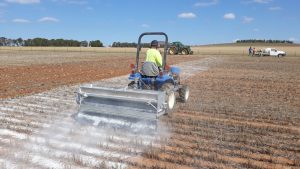 The ‘Tackling Soil Acidity’ project, is a 2-year project funded by the Australian Government’s National Landcare Program, with contributions from HLN, NSW DPI and the Grasslands Society of NSW Inc.

The main components of this project will:

Accurate soil sampling is an investment in time and money. The following videos provide some tips on how to get the most from time spent in the paddock.

Accurate soil sampling for subsurface acidity. This video shows why soil samples collected at 5 cm intervals to a depth of at least 20 cm are necessary to detect subsurface acidity. Soil tests collected from traditional sampling depths of 0-10 cm and 10-20 cm do not detect acidic layers that commonly occur at 5-15 or 20 cm. Knowing the variation in pH in the 0-20cm (also known as pH stratification) will help guide species selection and liming programs.

HLN and NSW DPI are managing a trial site located in a paddock on ‘Boorook’, near Morven. This site was selected for this experiment as it has no previous liming history and has uniform soils across the paddock that are severely acidic ( pHCa < 4.5; Exch Al. > 20%) to depth.

The trial site was established, and lime spread in October 2019. The trial consists of 7 treatments investigating lime rates and the effect of lime incorporation (Inc) to a depth of about 10 cm with disc harrows, compared to surface applied (SA). The treatments were decided by the project steering committee made up of local producers, advisors, LLS representatives and the project research team. The amount of lime applied, was determined by the starting pH and ECEC and the target pH. The details for each treatment are below:

A canola hybrid was sown at the site in mid-March 2020, and a phalaris based pasture is planned to be sown down in 2021.

In April this year NSW DPI and HLN staff visited the site to look at the establishment and development of canola and the impact different lime treatments have had on the plants. The standout response was increased root density and top growth in the lime treatments, and particularly where lime was incorporated, as can be seen in the photograph.

The aim of the ‘Soil Monitoring of Acid Soils’ project, funded by Murray Local Land Services, was to monitor changes in soil pH and fertility over time at selected sites across the Murray region and consider the management practices that have influenced these changes. The project was a follow on from the 2017 ‘Sub Clover Nodule Health Project’ that collected baseline soil data and assessed the nodulation status of pasture legumes from 40 sites sampled in September 2017. In March 2020, 31 of these sites were resampled to monitor changes in soil properties. Paddock management information such as production outputs and liming and fertiliser inputs was collected from landholders to gauge the effect that these factors may have on soil pH and fertility status. The nodulation status of legumes was not assessed in this project, due to the unfavourable seasonal conditions in 2019.

HLN have been offering the Nutrient Management Program in the area since 2011. The program allows landholders in the South West Slopes & Upper Murray regions of NSW to access subsidised or discounted soil tests. Soil testing is an important tool in helping farmers make informed decisions to improve soil fertility in both grazing and cropping enterprises. The nutrient management program can assist you in better understanding your soil fertility; how to measure it, why it is important, interpreting the results and developing strategies for managing or improving it.

As part of the program, workshops are held in various locations to help you interpret your soil test results, develop management strategies and compare them to the district soil test results.

If you would like to participate in this program click on the flyer for details: HLN Soil Testing Program flyer 2019/20

For many farming enterprises, the application of phosphorus fertiliser is one of the largest annual expenses. HLN, as part of the Carbon Farming and our Business project, has developed a phosphorus budgeting tool which can be used in conjunction with soil testing. An annual fertiliser plan and budget can be developed by using this easy to use, excel-based tool.

In this new project HLN propose to develop benchmark and extension information on key quality and health for our local soils which will contribute to our capacity to influence managers of permanent pastures and achieve better outcomes for groundcover, soil health and productivity. A soil biology snapshot will be established for 5 of the region’s main soil types across a seasonal gradient and use our soils database of 1000 soil tests over the past 4 years to create a picture of soil health for 4 different farming systems across the spectrum of management styles. There will be more to come on this project in the future.

For information on past soils projects go to our ‘Resources’ page.